Purpose in the Game 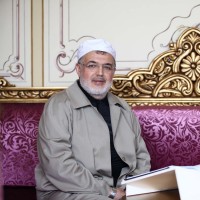 Alemdar 2 dk okuma süresi
0 Yorum 14765 Okunma
Our religion Islam never overburdens the creation and disposition. Islam does not neglect the entertainment -the need of men- while fulfilling all the physical deeds. He acts completely in accordance with religious and shariah orders. Our Prophet (pbuh) used to join the games of children and meantime he used to explains divine orders. Our prophet (pbuh), the best example for humanity in every field of life, shouldered Hz. Aisha and so she watched the Abyssinians archery competition. The messenger of Allah used to carry Hz. Aisha until she gave up watching. He also raced against Hz. Aisha. He wrestled with a polytheist Rükana. Our prophet (pbuh) showed with his victory in wrestling that Islam would prevail and dominate all the views. Our holy religion Islam approves the sport activities such as archery, horse-riding and swimming. In each game, worship and deed are aimed. In one of the inevitable pillars of our religion Jihad, there are Prophet Muhammad's (pbuh) hadiths: "do not neglect to play with their arches", for one giving up or forgetting horse-riding after he has learnt "he is not one of us" or "he rebels against me", "he does ungratefulness for one of Allah's blessings". Muhammad (pbuh) gave so much importance to jihad that “no weapon is superior to it in khair (good)". "Learn archery because between two targets of archery is a garden of Eden." "Archery is not a fun but the best thing to learn." “Mela'ikah (angel) does not attend any entertainment except archery and horse-riding.” In the battle of Uhud, Mohammed (pbuh) gives arrows himself to Hz. Sad and said "O Allah's Prophet! Let my parents be sacrificed for your sake" Today, the cyber attacks with codes are the same with arrows in that time. A nice word winning the hearts is also important in today's jihad. Our prophet Muhammad (pbuh) joined himself horse-racing. His camel Adba attended to the race and he said "one who always go forward falls behind" when the camel that won always fell behind. “Compete with one another in good deeds, carry the flag on behalf of the other if he falls behind and reach the goal. Support one another in good deeds". Hz. Muhammad (pbuh) advised children to learn horse-riding. He encouraged horse and camel racing. Like writing, he gave importance to swimming. Hz. Umar (ra) said "Teach your children swimming and riding; walking barefoot between two targets." "Anyone whose both feet get covered with dust in Allah's Cause will not be touched by the (Hell) fire." (Hadîth) Irshad, self-improvement, visitation, condolence, satisfy one mumin's need, working for lawful (halal) livelihood demand are reasons for our sins been forgiven. Hz. Hasan and Hz. Hussein wrestled. Hz. Muhammad (pbuh) supported Hz. Hasan. The companions of Hz. Muhammad asked “Why did you support Hz. Hasan?" He answered: "Jibreel supported Hz. Hussain". As we understand game and entertainment in our religion represent the greatness of Islam and contempt of kufr. Alemdar (Nisan 2016) 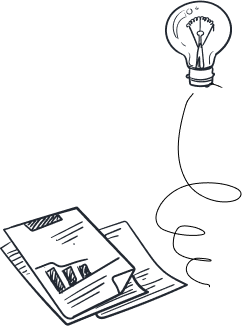